The allure of conspiracy theories 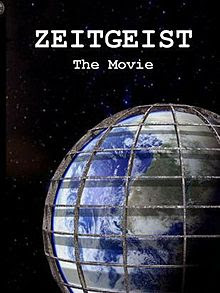 A few years back - five years, to be precise - my son who was then 17 or 18 years old - asked me if I'd seen Zeitgeist, the Movie. I hadn't, I said, and he insisted that I watch it. So, always on the alert for a good movie, and curious about his uncharacteristically enthusiastic recommendation, I did. It turns out that this movie - a 2007 documentary by Peter Joseph - is a 3-part conspiracy theory expose.

In the first part, titled The Greatest Story Ever Told, Joseph challenges the historical claims for the existence of Jesus and then illustrates how many of the Christian stories - from Old Testament accounts of things like the flood to New Testament stories of the virgin birth, the performance of miracles, Jesus' death on a cross, the resurrection, etc. - are not unique to Christianity at all but are variations of the stories told in other ancient religious and pagan systems. Part Two - All the World's a Stage - argues that the US government was actually the mastermind behind the 9/11 Terrorist attack on the World Trade Center, and Part Three - Don't Mind the Men Behind the Curtain - argues that there is a global economic agenda (driven by "international bankers") that promotes and profits from war and war mongering. If you want to watch the movie for yourself, it's available on youtube and vimeo on the web.

I'm only going to refer to the first part of the movie - the part that argues that Jesus never existed and that Christianity is based on a lot of recycled myths (and if you decide to watch it, let me warn you that Part I doesn't actually get started until about 11 minutes in). And I only bring it up at all because back in 2007 when this movie was spreading like wildfire through the internet, something like a million people - most of them young, I presume - watched it in the span of a month or two. I can only imagine that many of them - glued to their computer screens - must have had the sinking feeling that the church, their parents, their youth leaders, even their teachers, were either ignorant or worse, liars.

If they, like my son, had grown up going to Sunday School, chances are they had either assumed or been taught explicitly, that the Christian faith - and specifically the birth, life, death and resurrection of Jesus - were uniquely ordered events that were the fulfilment of prophecies made in the Old Testament period. Imagine their surprise to find that so many of the precious elements of the Christian story were NOT unique but had appeared in other primitive and pagan belief systems through the ages! That was 2007. I didn't hear many pastors talk about Zeitgeist: The Movie from the pulpit, but you can find lots of response and rebuttal online - just google Christian critique of Zeitgeist the Movie and you'll have lots of material to sort through.

For the purpose of this post I don't want to get drawn into a point by point defence of Christianity. What I do want to draw attention to is the allure in our culture today - especially amongst youth and young adults - of conspiracy theories. The thing about conspiracy theories is that they are almost always a fabrication based on fragments of truth, knit together in plausible ways that inevitably challenge conventional wisdom and see intentionality and exploitation behind every bush. There is always an agenda and there are no bonafide coincidences.

I understand the appeal. In fact, I would argue that Christianity - though not a conspiracy theory exactly - has some of the same elements. The forces of evil - Satan and his demonic army - are loose in the world and will do whatever it takes to undermine the forces of good - the trinitarian godhead (Father, Son and Holy Spirit) and their army of angels. A supernatural battle rages but not in real time and space. Things are not as they seem. The kingdom of God is present but not yet fully established. See what I mean? It should have the same kind of appeal as a good conspiracy theory!

So how do we know what's really true and what's a twisted fabrication?

I think the first step is to acknowledge that we will never - ever - be able to prove beyond a shadow of a doubt any kind of faith claim (or, for that matter, any other kind of claim!). Scientific observation and journalistic inquiry can only take us so far. That's where the faith part comes in. By definition, faith is having confidence in something that we can't prove. That doesn't mean that it's blind or naive or irrational. Many many people (past and present) have been been tortured and martyred for their faith - that would seem to indicate that they had some pretty strong reason to believe that the object of their faith is real and worth suffering for. That kind of commitment should not be dismissed lightly. So, whatever we believe - from Christianity to other faith systems to secular humanism - let's acknowledge that our alignment to that set of beliefs requires a degree of "faith".

After that, I think that we need to be willing to do some homework - I'm all for examining our beliefs with a critical eye and adjusting them when we encounter irrefutable evidence that something doesn't line up. That doesn't mean abandoning a belief system the first time we come across an apparent contradiction. But it may mean digging deeper and it may mean holding some of our specific beliefs loosely. Anne Lamott says, "the opposite of faith is not doubt, it's certainty." I agree! And I think maybe we've done our kids a disservice by not helping them see that we don't have it all figured out. Our Christian faith is not a neatly packaged meta-narrative with all the i's dotted and t's crossed. We see through a glass darkly. Truth is not black and white but wonderfully nuanced, complex and even mysterious.

I have hope that this generation - with all of their skepticism and fascination with conspiracy theories - may give Christianity a second look, not out of a sense of duty or to comply with tradition, but because they are genuinely seeking truth. And doesn't God promise (Deuteronomy 4:29, Jeremiah 29:13) that when we seek Him - who is truth - with all our heart, we will find him?

It's interesting and challenging to see what people are being told about our faith. I did a quick check on Wickipedia for these other historical figures and the information there sure doesn't agree with much that is in this movie. So, anyone who thinks they have been misled by the church, should be aware that the producers of this movie are a long way off the truth themselves!