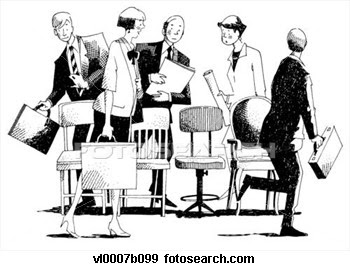 Today - February 20, 2012 - is the United Nations World Day of Social Justice (see http://www.un.org/en/events/socialjusticeday/). I think about social justice a lot so I thought it would be good to post something today in recognition of this international focus. There are many MANY things that I could reflect on, but what is sticking in my mind is a musical chairs metaphor.

When I was a kid, musical chairs was a birthday party activity. In case you have no idea what I'm talking about, here's how it's played. Chairs are arranged in a circle or maybe in two rows, back to back, and the kids all start out sitting. When the music starts playing, the kids get up and walk or run around the chairs. One chair is removed. When the music stops, the "game" is to get a seat. But of course there's one fewer chairs than there are kids. So someone is "eliminated". And the second round begins. The game continues until there are only two contestants remaining and one chair. When the music stops on this last round, the winner is the one sitting. When all goes well it's a good natured game. No one gets hurt - physically or emotionally. Parents often have to caution the kids not to push or shove.

But as I think about it now - years and years later - this childhood game is a bit of a metaphor for the competition we see amongst peoples and nations of the world for what to appear to be "scarce resources". The idea is that there are not enough to go around. Not enough food. Not enough water. Not enough oil. Not enough land. Not enough money. Not enough medical care. Not enough education. Not enough of anything. An economy of scarcity. But the metaphor is only a simple approximation - and perhaps misleading.

The fact is, not everyone has the same opportunity to get a seat when the music stops. In fact, it could be argued that not all seats are vacated at the beginning of each round. Some of the participants seem to have a permanent seat in the game. They never have to get up and take the risk of losing their place. It's only the poor who are really competing. And even then, it's not an unbiased competition. Their chances of getting a chair may be rigged - directly or indirectly - by those starting and stopping the music (timing is everything!), by those who are removing seats (creating a situation of scarcity - real or perceived), by those enforcing and/or altering the rules of the game, etc. etc. It's complicated.

I watched an online documentary this morning called The New Rulers of the World - http://www.youtube.com/watch?v=v3WbztsqScw. In this documentary, John Pilger looks at the effects of globalization for Indonesia, examining the role that corporations, governments and international financial agencies (the International Monetary Fund and the World Bank) have played in Indonesia's economy. It's sobering and instructive.

So on World Day of Social Justice, it behooves us to ask what social justice is? What does it look like? Maybe it's easier to say what it isn't. It's not, for instance, like a game of musical chairs. It's also not, I would argue, a gigantic pie sliced precisely and neatly into 7 billion equal slivers. Social justice is not about reducing or defining us all as a common denominator of one.

At the risk of being ridiculously esoteric and more poetic than practical, I see social justice as a symphony of subtleties. It's life as God intended/intends it to be - a celebration of provision and diversity, of hope and grace and generosity and hospitality and peace. Of giving and gratitude more than grabbing and greed. Social justice is what is produced when people and communities live out the fruit of the spirit: love, joy, peace, patience, kindness, goodness, faithfulness, gentleness, and self-control. 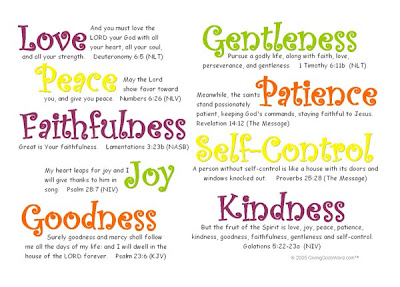 It seems to me that when we live according to these characteristics - whatever our motivation or reason for doing so - social justice will be the natural outcome. But, you protest, this is NEVER going to happen! Fallen humanity is incapable of living this way on any grand scale. Maybe so. But in a symphony of subtleties, if each one does that which he or she CAN do, without fretting about whether or not their contribution will make a difference to the final performance, we will be part of a majestic movement that will ultimately reveal the true potential of the divine order.

On THIS day, let's celebrate and encourage one another by living joyously in the midst of the insanity and chaos generated by a global system of scarcity. Rather than push and shove and strategize and connive to ensure a seat for ourselves in the proverbial game of musical chairs, let's trust that it's possible to put chairs back in the game, if we will but live according to kingdom values!

Love what you said, Lois in regards to kingdom living and doing what we're called to do without fretting about the outcome. Applies to all areas of our living!